Presented in our new location:

(with COVID precautions for now)

(Minimum. All proceeds beyond our rent go to the performers. Please be generous!)

Masks and proof of COVID vaccination or current negative test are required! 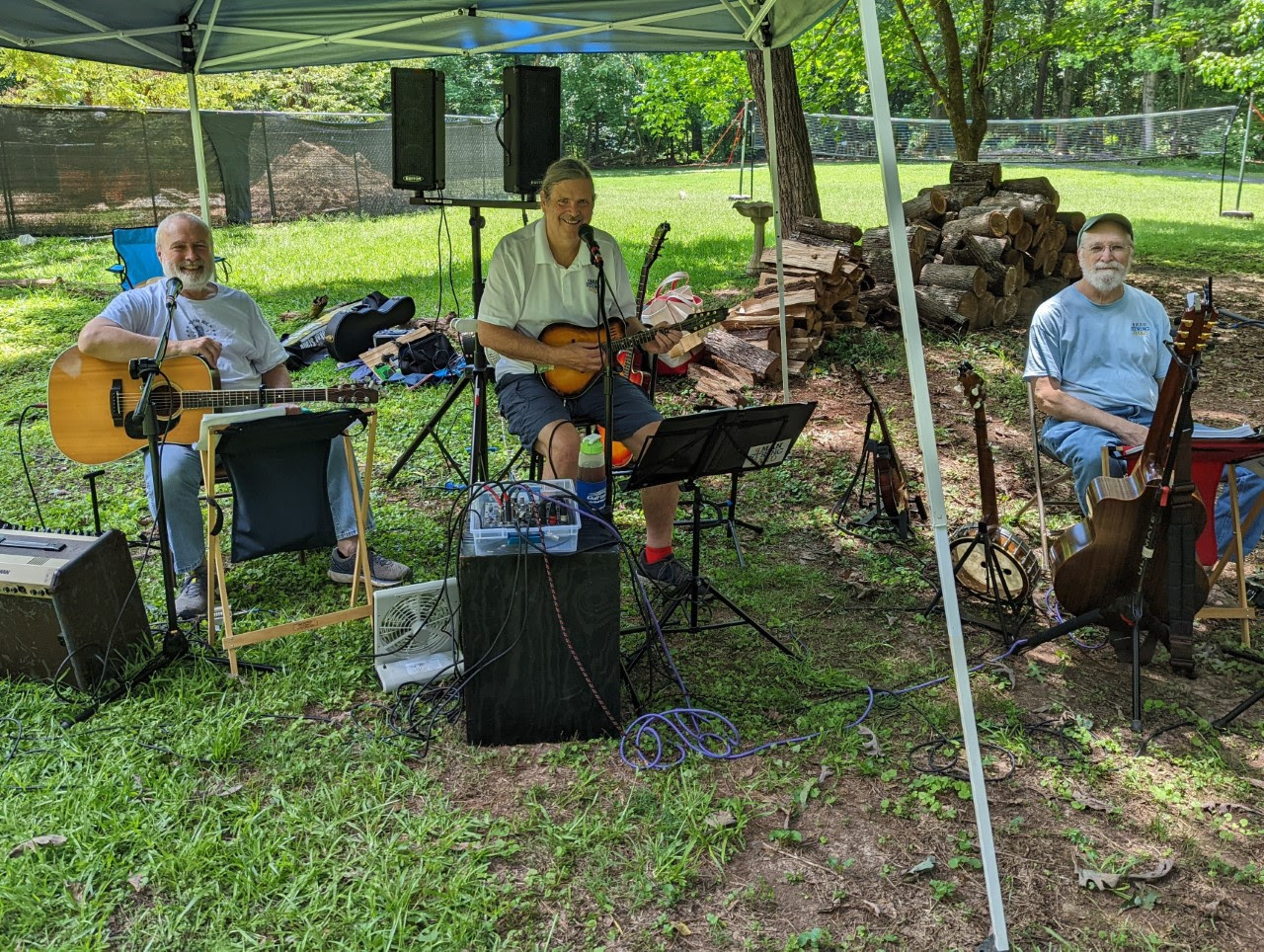 The 4-Man String Band Trio combin​es the vocal and instrumental talents of three seasoned musicians with ties to Atlanta: Charles Absher on guitar, Clark Brown on mandolin and guitar, and George Eckard on guitar, banjo, mandolin, and harmonicas. Their Fiddler’s Green set will include Americana-style original songs by Absher and Eckard. George Eckard's 2021 CD release Love the Land and Charles Absher’s 2018 CD release This Garden of Sunshine and Rain showcase their songwriting talents.

Since its inception in 2019, the group has appeared at various venues in the area, including Waller's Coffee Shop, Lena's Place, and Intown Coffee House, and at Woodlands Garden, the Atlanta Botanical Garden, Briarlake Forest Park, and Frazier-Rowe Park. They also have played at the Central Dekalb Senior Center and a number of area retirement communities and were the subject of an article in Senior Living magazine in 2021.
https://www.facebook.com/4ManStringBand/ 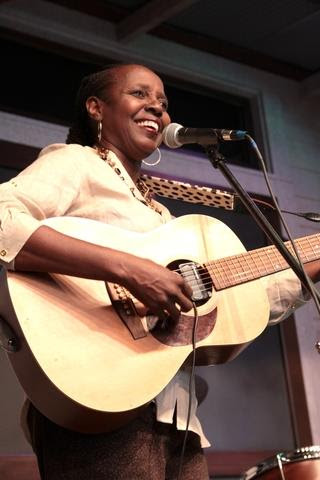 Veronika Jackson started her music career singing in school choirs at the age of ten. She was raised by a musically influenced family in St. Petersburg, Florida. In her teens, her love for acoustic folk and R&B music grew as she followed such artists as Odetta, Dolly Parton, Sweet Honey in the Rock, Joan Baez, Ella Fitzgerald, and, later, Diamond Teeth Mary, a blues performer who inspired many folk artists through her performances at the Florida Folk Festival.

Veronika has combined acoustic folk music and R&B to create her own unique music.  She has shared her musical talents with audiences at venues and festivals throughout the South and Northeastern states and across the Atlantic Ocean.

The Woman I Am, her latest CD, is a compilation of her original compositions and some favorite songs she enjoys performing. Her reputation as an entertainer and consummate artist continues to grow.  Her stage presence and sound have a sincerity that will grace your heart.  Her performances take you to another place and time.

Critics have called Veronika’s appeal contagious, always leaving audiences wanting more. The joy she feels as an artist comes from knowing that her music – whether an old folk song, a blues composition, or an old spiritual – entertains and brings joy and hope to people’s lives.
https://veronikajackson.com/

Limited concessions provided outside before the show and during intermission, but feel free to bring your own. Eating is prohibited indoors. Brief sips of beverages are allowed inside.

Vaccine card or current negative test will be required for anyone entering the sanctuary—attendees must be prepared to prove their status.

All people entering the sanctuary must wear a mask for the entire time they are indoors. N-95 Mask use is strongly suggested.

Social distancing will be implied by the layout of the chairs in the Sanctuary (some single, some in groups of two, three, etc.
Hand sanitizer and masks will be available.

Two portable air filtration systems will be placed in the Sanctuary.